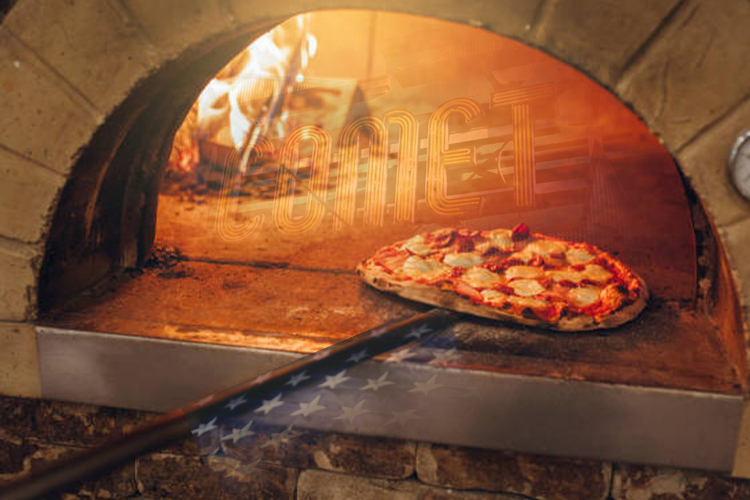 Members of The Church of Jesus Christ of Latter-day Saints are among those most vulnerable to believing in QAnon conspiracy theories, the Religion News Service reports. Indeed, 17% of surveyed Mormons reported a belief that “government, media, and financial worlds in the U.S. are controlled by a group of Satan-worshipping pedophiles who run a global child sex trafficking operation.”

Remember “Pizzagate?” That was the story that a Washington pizza place called Comet Ping Pong was the hiding place of a child-sex trafficking ring sponsored by Democratic Party officials.

Near the 2016 election of former president Donald Trump, 28-year-old Edgar Welch was arrested in Comet Ping Pong with an AR-15 semi-automatic rifle. No injuries occurred when he opened fire, fortunately. Welch claimed his motivation stemmed from being an avid Infowars Alex Jones listener-believer. Later, according to Newsweek magazine, Jones apologized for promoting Pizzagate fake news.

One wonders. Why do 17% of Mormons support lurid, fake news and conspiracy theories such as Pizzagate? And why, in Pizzagate’s wake, did outlandish beliefs persist among LDS members and others, even as hundreds of death threats surged across social media, directed at James Alefantis, Comet Ping Pong’s owner?

In Mormondom specifically, what motivates so many to follow someone — allegedly so lacking in civic integrity — as Alex Jones? Indeed, what common psycho-social characteristics may link “True Believer” Mormons with “True Believer” followers of conspiracy theories? Are tendencies toward authoritarianism, perhaps among the strongest connectors?

Here, important civic attributes are spelled out. When pursued, I believe they demarcate paths toward moderation and away from “blind faith” authoritarianism:

• Become informed. Resist hearsay. Accept responsibility for “sorting out” differences — in verifiable ways — between when one knows and when one merely believes.

• When confused about where to start, begin first with what is known — publicly — then use “knowns” as the basis for anchoring the exploration of privately held beliefs.

• Don’t bully others in public spaces. Acknowledge publicly if you are a believer and not a knower. This is crucial in public school board meetings, or even the likes of Comet Ping Pong-type venues. Gatherings in public spaces are not about “testimony-building.” Rather, for democracy to flourish, diverse points of view must be heard and respected.

• Never follow uncritically an elected official or leader. Avoid gullibility, regardless of their claims, affiliations or titles.

Bushman continues, “The stories of the Smith family performing magic rituals in the woods while hunting for buried gold or boxes of watches were the single element of the Prophet’s history that most differentiated Mormon accounts of his early life from the accounts of non-Mormons.”

• Regarding appropriate decorum in public spaces, lean toward humility, and away from arrogant conflation of what is believed — personally — with what is known — publicly.

Humility holds the promise of pulling Utah Mormons — indeed, all Americans — back from the brink of pseudo-realities and haughty self-righteous aggrandizements. It can pull us also away from being certitude-confident (state of mind that is free of doubt) that one’s belief about how the world is perceived to work, aligns identically with how the world works — actually.

Read the article as published at the Salt Lake Tribune

← Stages of Insurgency Called To a Mystery, Or to a Vile Form of Politics? →