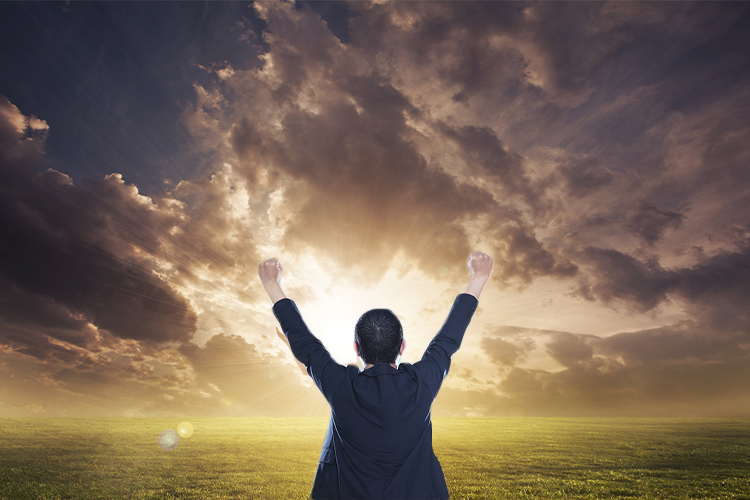 According to The Guardian, Tim LaHaye’s Left Behind series—released annually between 1995 and 2007—sold at least 70 million copies and brought in as much as $15 million yearly to LaHaye and his co-writer. These books, with their gloomy vision of what awaits the unsaved, benefited from shock, caused by the attacks of 9/11. The ninth in LaHaye’s series came out just a month following the catastrophes – and struck a chord with many right-wing Christians.

The Guardian might have added that Evangelical “dread” was heightened by the so-called Y2K phenomenon, marking the beginning of the millennium. Because of it, many Christian fundamentalists looked to the Rapture, coincident with the windup of the sixth Biblical dispensation, calculated by using a six-thousand-year chronology, gleaned from belief-driven analysis of the Book of Genesis.

In a 2002 poll cited by The Guardian, 62 percent of Americans reported a belief in the imminent physical return to earth, of Jesus of Nazareth.

The premillennialist premise animating LaHaye’s lucrative series, emanates from doctrine originally espoused by 19th-century English preacher John Nelson Darby. His literalist reading of the Book of Revelation highlighted his belief that in the last days, the elect would be taken safely to heaven while the forces of evil would battle for control of the Earth. Ultimately, the tribulation of the unfaithful would segue into the Battle of Armageddon, followed by a 1,000-year period of peace and harmony, Darby professed.

The Left Behind series starts with “the saved” disappearing suddenly from among passengers on a jumbo jet, leaving behind only clothing, jewelry, tooth fillings and related detritus. LaHaye claimed to have gotten the original inspiration from watching a cabin crew interacting sexually on a flight, then wondering what would happen to crew members in the Rapture. In the original book of the series, cars on the ground suddenly become driverless. As the series evolves, there are various battles, helicopter chases, earthquakes, plagues, and a supernatural horde of 200 million demonic horsemen.

The series’ evil genius is Romanian Nicolae Carpathia, whose evil Global Community regime, supposedly dedicated to fostering peace, bears instead, resemblance to the U.N. Hence, the United Nations is labeled as a tool of Satan. His readers might argue that forms of global governance—including the U.N.—interfere with fulfillment of God’s plan for the earth’s wrap-up, at the conclusion of its Evangelical-designated mission.

The Guardian observes that LaHaye did not much care for Jews, Anglicans, Muslims, and especially Roman Catholics –whom he labeled “pseudo-Christian and pagan.” Homosexuals also—especially those he labeled “militant, organized and vile,” are to be consigned to his preferred retribution—drawn from the Book of Leviticus—which is capital punishment. LaHaye also warns of a global secret society and conspiracy—propagated by something called the Illuminati—that aims toward the destruction of Christianity’s every vestige.

All this might seem merely literary and quaint, The Guardian observed, except for LaHaye’s entrance into America’s political culture. Along with other bombastic Evangelicals—Jerry Falwell, Oral Roberts and Jim Bakker—LaHaye accepted an invitation to meet President Jimmy Carter at the White House, in 1980. The group was shocked to learn the Southern Baptist Sunday school teacher supported equal rights for all Americans, and abortion rights also, based upon the Roe v. Wade Supreme Court decision. Once outside, LaHaye led the group in prayer, saying: “God, we have got to get this man out of the White House and get someone in here who will be aggressive about bringing back traditional moral values.”

LaHaye’s father died from a heart attack when the son was 10 years old. LaHaye dated his spiritual awakening to the preacher’s sermon at his father’s funeral. The minister promised that father and son would meet again, during End Times, for a mid-air reunion.

By the 1970s, LaHaye was immersing himself thoroughly in politics, including the conspiratorial and virulently anti-communist John Birch Society. LaHaye also sat on the board of Jerry Falwell’s Moral Majority, founded the American Traditional Values Coalition, and set up the Pre-Tribulation Research Center, dedicated to searching for signs of the Last Days and the pending Rapture. Beverly, LaHaye’s wife, started a conservative advocacy group, Concerned Women for America.

Tim LaHaye’s own political career was truncated, however. He served as co-chairman of Jack Kemp’s Republican presidential campaign in 1988. After four days however, his anti-Catholic views were becoming apparent, and he was dropped from the ticket.

It’s All About Winning

Restorationism is the belief that Christianity should be restored along the lines of the apostolic Christian church, set in the early centuries following the death of Jesus. Some unique American variations of this theme, arising mainly in the Nineteenth and early Twentieth Centuries, include Evangelism, Mormonism (The Church of Jesus Christ of Latter-day Saints), and Adventism (Seventh-day Adventists). One aspect of these movements is their competitiveness with one another. Each perceives the end of the mortal world to be at hand, but of course, a “win” for one decrees loss for others.

A crass question should become apparent to all. Which among these competing denominations and strategies—ultimately—will emerge victorious?” Obviously, each one of them cannot be The Winner, simultaneously.

← Will Cars of Evangelicals Go “Driverless?” Meet The Mormons →