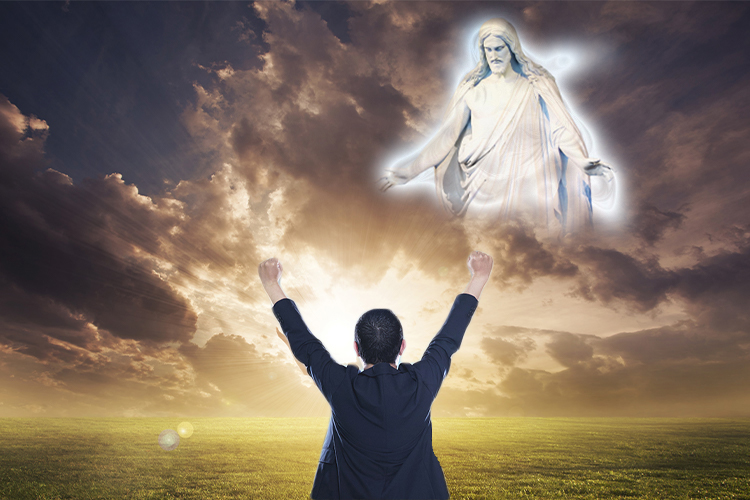 As New Zealand Missionaries for the Latter-day Saints, often we loaned out picture books—Meet The Mormons.  We used them to make the case that Kiwi’s—a name honoring their unique flightless bird—might lead happier, more successful lives by “signing on” with our denomination.  However, there were pieces missing, that were glossed over in our savvy door-belling approach, and here, some are addressed, although in abbreviated form.  The focus here is upon End Times scenarios of the Mormon Church.

First, we return to the Evangelism of Tim LaHaye.  This link points to some anomalies, drawn from perusing his “Left Behind” series.  Then, by viewing somewhat parallel End Times anomalies from Mormonism, interested readers may do side-by-side comparisons of similarities and differences, across categories pertinent to how some believe the world will end.

Each of these denominations of course, relies upon claims of uninterrupted authority connecting their messaging—and their claimed line of authority—to the apostolic Christian church—two millennia ago.  These are belief-based claims, however.  Neither has a basis in objectively determined, verifiable “knowns.”

According to Karl Popper’s framework for unpacking advocacy positions, neither is structured to allow for the possibility of invalidation, through objective, neutral and impartial inquiry.  Rather, one must first be a believer, through acceptance of unverifiable assumptions, before conclusions are likely to make much sense.

One hopeful strategy for sorting through faith-based assertions in public spaces—is this.  Each denomination ought to shift away from knowledge-based claims, toward belief-based claims, instead.  In public spaces then, including the Internet, it could work like this.  Rather than “We know we represent the truth”—the faith-based position would shift, instead, to—”These are our beliefs.”

Bruce McConkie supplies grist for our doctrine-driven narrative, as Tim LaHaye did for Evangelism.  Until his death in 1985, McConkie served as an Apostle in the Church of Jesus Christ of Latter-day Saints.  Previously, he was a member of his church’s First Council of Seventy, and a Trustee of church-owned Brigham Young University.

McConkie’s first edition of Mormon Doctrine appeared in 1958; the second, in 1966.  Although he remains a revered “scriptorian” among his Mormon peers, some of McConkie’s colleagues have taken issue with his oft-harsh tone, particularly regarding his rhetorical judgements aimed at the Catholic Church.

Here, we transform some of McConkie’s scripture-related observations (mainly the L.D.S. Doctrine and Covenants) into narrative form, for purposes of comparison with Tim LaHaye’s Left Behind series.

How The World Ends: The Mormon Narrative

Joseph Smith, the Mormon Prophet, stood atop a pile of rocks in October 1838, at a place called Spring Hill, in Daviess County, Missouri.  There, he announced what he said was that place’s “Adamic” name, Adam-ondi-Ahman.  He decreed the site to be the actual geographical location of the Biblical Garden of Eden.  Smith even identified some of the rock piles as parts of original alters where Adam—also known to Mormons as Michael the Arch Angel—made sacrifices to God.

It is here also, Smith said, that an End Times council would be held as a prelude to the “great and dreadful day of the Lord.”  Thus, McConkie described the beginning of the Millennium, from teachings of Joseph Smith.  In that day, Smith claimed, the earth’s continents and islands would again become one land mass, when the mountains and the valleys would no longer be found.

Accordingly, at this grand post-mortal council, all prophets who have held priesthood “keys of authority” from the earth’s beginning—down through six, thousand-year periods—reappear and give an accounting of each of their ecclesiastical stewardships, as they return those keys in a ceremony overseen by Adam.  Then Jesus re-enters at this geographical spot, to receive back the authorizing keys governing each millennial dispensation, just returned to him by Adam.  Next, with governance keys in hand, Jesus commences his personal, earthly reign for a period of one thousand years.

Incident to the commencement of the millennial era—McConkie pointed out—the earth will be burned.  Every “corruptible thing” will be consumed, including corruptible human beings.  All proud, carnal, wicked, and lustful people will be burned as stubble, McConkie observed.  Further, the “heathen nations” that do not come to worship (at Adam-ondi-Ahman) will be visited with God’s judgements, and if unrepentant, eventually they will be destroyed from the earth.

In the governance system Smith prophesied and McConkie described, exaltation is achieved only though Mormon temple ordinances and related sealings that also unite generations of Latter-day Saint families.  Thus, worthy temple-attending Church members, who become resurrected at the beginning, live and reign on the earth one thousand years, conditional upon having first received temple ordinances preparing them to accept Millennium-related leadership responsibilities.

Throughout the millennial advent, the Church of Jesus Christ of Latter-day Saints reigns as the kingdom of God on earth, exercising ecclesiastical and secular dominion over all the earth’s inhabitants, McConkie explained.  This governance proceeds through the Church’s leadership, located at Adam-ondi-Ahman, and also through a second geographical location, which is Jerusalem.

Note:  For a helpful overview of the Church of Jesus Christ of Latter-day Saints aka Mormons, see Fr. John Flader, a priest writing for Catholic Weekly.

Some Characteristics/Anomalies of the End Times “System” Tim LaHaye Describes