Is Civil War In America’s Future? 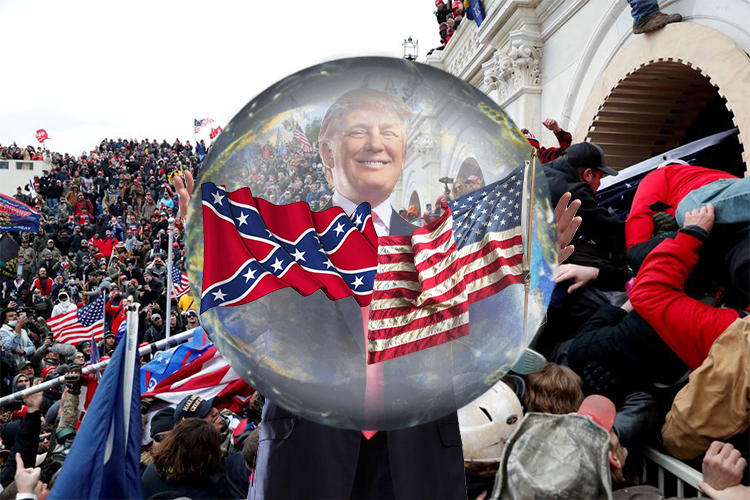 According to the Southern Poverty Law Center, the “alt-right” is a set of ideologies, groups, and individuals whose core beliefs center on “white identity.” Loosely defined, adherents believe their world is under assault by multicultural forces relying on strategies including “political correctness” to undermine white people and white civilization.

Barbara Walter, a researcher who studies the alt-right, and the author of  “How Civil Wars Start: And How to Stop Them,” believes alt-right extremists are taking over America, and she cites the work of a CIA task force on instability as a tool to assess the extent of political danger.  The CIA task force—created a generation ago—was used initially to predict the potential for civil wars in diverse places around the globe.

What its members wanted to know, Professor Walter says, is this.  What are the pre-conditions for civil war to ignite?

Thirty factors were reviewed initially, including poverty and income inequality.  But these weren’t the big predictors of actual civil wars that occurred in places such as Syria or Northern Ireland.  Instead, two factors emerged as highly predictive of civil war.

The first is called anocracy.  It’s a form of government—part democracy and part dictatorship—that mixes some democratic forms with some autocratic features.  And the second, descriptively, is this.   When groups organize, it’s less about political ideology and more about identity politics.  That is, it’s about ethnic, class, religious, and racial identities.

Now, tragically, Walter and other researchers are using the CIA’s predictive tool for civil war, to predict the potential for civil war in the United States.

“After January 6th of last year,” says Walter, “people were asking me, ‘Aren’t you horrified?’ ‘Isn’t this terrible?’ ‘What do you think?’ And, first of all, I wasn’t surprised….People who study this, we’ve been seeing these groups have been around now for over 10 years. They’ve been growing. I know that they’re training. They’ve been in the shadows, but we know about them.”

“The biggest emotion was just relief, actually. It was just, Oh my gosh, this is a gift. Because it’s bringing it out into the public eye in the most obvious way. And the result has to be that we can’t deny or ignore that we have a problem. Because it’s right there before us. And what has been surprising, actually, is how hard the Republican Party has worked to continue to deny it and to create this smokescreen — and in many respects, how effective that’s been, at least among their supporters. Wow: Even the most public act of insurrection, probably a treasonous act that 10, 20 years ago would have just cut to the heart of every American, there are still real attempts to deny it. But it was a gift because it brought this cancer that those of us who have been studying it, have been watching it growing, it brought it out into the open.”

Who would have thought—two or three decades ago—conceivably, we could again be on the cusp of the type of conflagration that consumed our forebearers, several generations ago?

24 Warning Signs of an Insurrection That Should Have Been Obvious