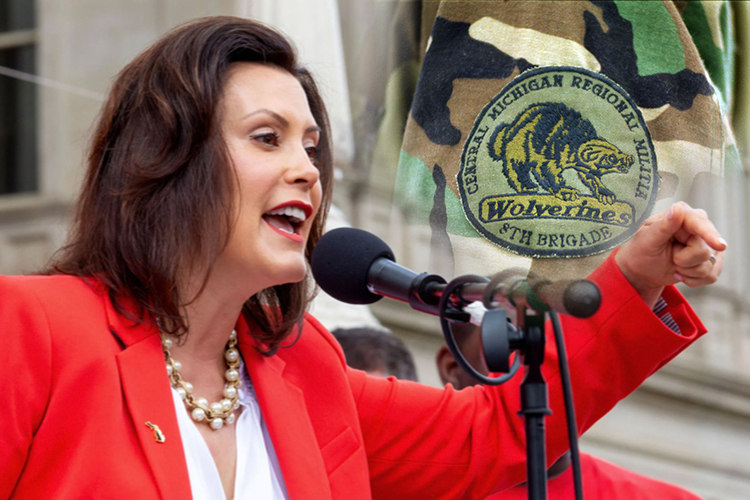 A prominent researcher who studies prospects of civil war, Barbara Walter, believes far-right extremists are taking over America.  Adherents, Professor Walter observes, believe their world is under assault from multicultural forces that rely upon strategies including “political correctness” to undermine white people and white civilization.

The profile Walter describes fits the attempted abduction of Michigan Governor Gretchen Whitmer.  The Governor’s adversaries—some members of the self-styled Wolverine Militia—followed a compatible strategy and method of operation.

At trial, two of the four were acquitted of all charges and the cases of two others were remanded back to the legal system.  It was hardly a victory for prosecutors who thought they brought forward a “tight case.”  One judicial conclusion might be this.  The type of strategy Walter advocates may be a difficult “sell” to juries, at least in some corners of the American legal system.

According to Professor Walter, in a Washington Post Magazine interview with K.K. Ottesen, there are two conditions essential if civil war is to ignite, perhaps at the hands of self-styled groups such as Michigan’s Wolverine Militia.

In a recent media interview, Barbara Walter described her father’s personal experience in the runup to World War II.  He’s German she says, and he lived through the Second World War there, then emigrated to the United States in the 1950’s.  Once naturalized, her father became a Republican and remained so for decades.  But about when Donald Trump’s political ascendency began early in 2016, he became agitated regularly she said, about the political strategy he observed Donald Trump and the Republican Party deploying.

Donald Trump’s pre-election campaign reminded her father of pre-war Germany, Walter says.  “It was almost visceral — like, he was reliving the past. Every time I’d go home, he was just, like, ‘Please tell me Trump’s not going to win.’ And I would tell him, ‘Dad, Trump is not going to win.’  And he’s just, like, ‘I don’t believe you; I saw this once before. And I’m seeing it again, and the Republicans, they’re just falling in lockstep behind him.’  He was so nervous,” Professor Walter says.

Then she continues.  “I remember saying: ‘Dad, what’s really different about America today from Germany in the 1930s is that our democracy is really strong.  Our institutions are strong.  So, even if you had a Trump come into power, the institutions would hold strong.’  Of course, then Trump won. We would have these conversations where my dad would draw all these parallels.  The brownshirts and the attacks on the media and the attacks on education and on books. And he’s just, like, ‘I’m seeing it. I’m seeing it all again here.’ And that’s really what shook me out of my complacency, that here was this man who is very well educated and astute, and he was shaking with fear. And I was like, ‘Am I being naive to think that we’re different?’”

That’s when Professor Walter says she started to follow the data.  “And then, watching what happened to the Republican Party really was the bigger surprise — that, wow, they’re doubling down on this almost white supremacist strategy. That’s a losing strategy in a democracy.  So why would they do that? Okay, it’s worked for them since the ’60s and ’70s, but you can’t turn back demographics. And then I was like, Oh my gosh. The only way this is a winning strategy is if you begin to weaken the institutions; this is the pattern we see in other countries. And, as an American citizen, I’m like, these factors are emerging here, and people don’t know.”

What then?  Is Barbara Walter onto something as important as alerting America to the dangers of imminent civil war?  And if she is, what if “institutional America”—the judicial system included—is incapable of responding to what may be emerging as a very real threat to The American Republic?

← Is Civil War In America's Future? Stages of Insurgency →