Reification:  Another Word for Fantasy? 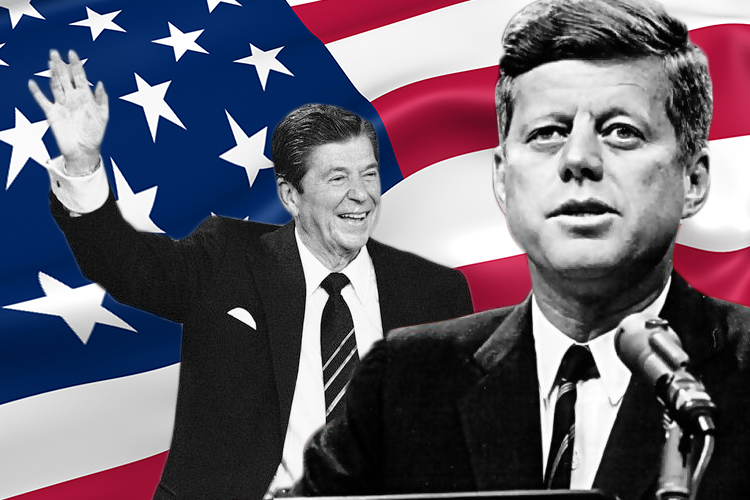 What Happened to “Morning in America?”

Ronald Reagan’s vision of “Morning in America” is never far from what it means to be a contemporary Republican.  Four decades ago, Reagan reified the self-interested paradigm of American capitalism.  His vision remains as a popular right-wing act-of-faith, that pursuit of one’s unvarnished self-interest would align universally with the attainment of the common good.

According to Wikipedia, reification occurs when an abstraction is treated as a reality. “Fantasy” is a pseudonym, of course.   In other words, reification is a fallacy of treating something—like a cultural mantra or a political platform’s promises—as sure things.  For Reagan, the fantasy he sold America was this.   The pursuit of self-interest, he extolled, is but another way of aligning personal initiative with the attainment of society’s noblest intentions.

Throughout the 18th and 19th centuries—as the doctrine of laissez-faire capitalism asserts—the pursuit of self-interest aligned quite well with the common good.  Generally, however, it worked only when society was much less complex.  Frequently now, the Reaganesque mantra of self-interest-oriented, free-market capitalism is emblazoned upon little more than fantasy outcomes.  Indeed, it’s become emblazoned on America’s soul as our dominant cultural disease.

Tragically, the election-related fantasy Ronald Reagan marketed in 1980 and 1984—of a popular culture fueled by the pursuit of unbridled self-interest—has too often led to the attainment of little more than unabashed greed.  It’s like a game of checkers, and in Donald Trump’s case, often it’s about wins for his businesses and his politics, and losses for many who feel encroached upon by his “Me first” rhetoric and strategies.

Too often, fantasy reification occurs when a person or group asserts an economic or political prerogative and then lobbies aggressively to win laws and rules cementing self-interest in a very public way.  Surely, for this reason, Americans are becoming ever more cynical about the role of government.  And no wonder.  Increasingly, pseudo-capitalists engage crassly in public manipulation, to the exclusion of legitimate principles of capitalism.

Recently, Montana’s former Democratic Governor—Steve Bullock—went on record in the Washington Post, calling for his Party to pay more attention to rural voters.  In the last decade and a half, says Bullock, Senate seats have flipped from Blue, into the Red column, in Arkansas, Indiana, North Dakota, and more.  Democrats have lost more than 900 state legislative seats around the country, he observes because they are out of touch with what he believes ordinary voters want.  What is needed he says, is this.  His party needs to show up more, to listen better, and to better respect voters’ choices in Montana and other rural-leaning states.

I salute Bullock for his clarion call to put America’s decision-making, closer to all Americans.  But I wonder.  Will responding merely to individual self-interest—at listening posts along pathways aligned with rural voting booths—lead to a rebirth of the common good in America?  I don’t think so.

I question whether Bullock is expecting enough of us—his fellow Americans—and whether he’s looking far enough down the American road.  Will responding to the short-term self-interest of voters, deliver the big wins essential to a better world for our kids and grandkids?  Will a “Blue Appeal” to Reagan-style self-interested politics, also motivate voters to sacrifice for a better America and a better world?  Indeed, in the long run, will Steve Bullock’s vision get us closer to self-interest rightly understood?  Or will it lead—merely—toward more Reaganesque pursuits of unvarnished self-interest, by America’s ever-expanding pseudo-capitalist class?

Eventually perhaps, one wonders if Bullock might have something more up his sleeve?  Will he call upon his countrymen—eventually—to sacrifice for the common good—especially when they “pull the lever” in the voting booth?  Or not?  Will the sum of his endeavor—instead—lead to nothing beyond American “me-first-ism?”  Indeed, will Bullock merely spawn more sclerosis, like that which already undergirds the Great American Disease of unbridled self-interest?

What Would JFK Do?

John F. Kennedy expressed what could be Steve Bullock’s opportunity—if he decides to take it—gleaned from the election of 1960.  “Ask not what your country can do for you,” Kennedy appealed to America’s voters.  Rather—this is how JFK rallied our parents and grandparents—”Ask what you can do for your country,” he implored.

Where is hope in contemporary America—including with Steve Bullock—that better listening and better focusing on rural and small-town self-interest—alone—will lead to a stronger America?  To an improving, healthier planet?

Perhaps Steve Bullock should also ask: “How do we get back to JFK’s election-winning vision?”  How do we reify—and win—on the paradigm of self-interest rightly understood, and not on the sclerotic, competing paradigm of unvarnished self-interest?

I believe the stakes are huge in contemporary America.

Somehow—as Bullock’s fellow countrymen and women—we must retrace the steps of the people who put Ronald Reagan in the White House.  Then, we must disconnect ourselves from the myth of unvarnished self-interest—Ronald Reagan-style—and go instead with a better balance of “wins”—not just for America’s self-interested and privileged few, but for Americans across the board—one and all.

I believe we should fantasize less about dominating our political competitors.  Then, we should throw ourselves—along with them—into the shared sacrifice essential to strengthen our jointly held common good.  I believe America needs fewer “fantasy wins” for political parties and “in-groups”—and more wins instead—for self-interest, rightly understood.

To lean again on JFK’s appeal to Americans over half a century ago, let’s do this.  Let’s spend less energy pursuing what our country can do for us—and more—on what we can do for one another—for our planet—and for the United States of America.

← Do Dems Have It Wrong? You Can't Mandate Kindness →