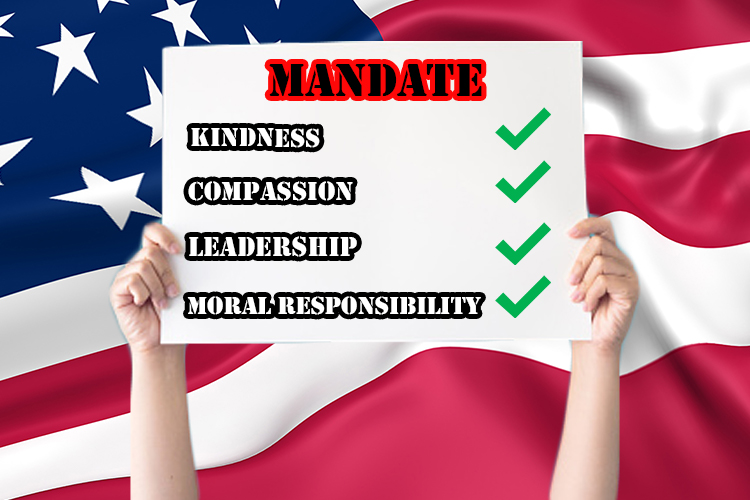 The Utah Legislature voted to override locally imposed Covid-19 mask mandates, by nullifying local policies enacted by Salt Lake City and Summit County—in which Park City is located.  Both cities are politically liberal, compared with the balance of Utah.  There, political control rests solidly in the hands of a Republican majority in which Mormon cultural values are represented prominently.

“Government cannot mandate kindness or compassion.  If we think we’re going to mandate people caring, we’re kidding ourselves.”  She argues it’s up to “families, churches and non-government entities” to “teach people how to love one another.  That’s how you create kindness and compassion, not through mandates.”  Leading up to the vote, Utah Republican lawmakers argued mask mandates don’t work and do more harm than good by dividing communities.

At the end of January 2022, Utah trailed the national average by 7 percentage points in the number of eligible residents who had received at least one dose of the COVID vaccine.  But I wonder:  Why is Utah trailing rather than leading the nation?

I was 11 years old when the Salk polio vaccine appeared in Ogden, Utah.  Looking back, it seemed Utahn’s wanted to set a national standard for how communities should act, communally.  I remember harmonious appeals by public officials and church leaders—Mormon Church leaders—especially.  Everyone was encouraged to do their part, to pull together, to keep our communities safe.  The object was to safeguard everyone, especially those most vulnerable to polio’s scourge.

Candice Pierucci’s “kindness” comment seems at odds with Utah’s “community-spiritedness” of a prior generation.  I wonder if the watershed away from government-led civic virtue is best summed up in Ronald Reagan’s election rhetoric, calling Americans to disconnect from ideological alignment as communitarians, and to leap instead toward libertarian values? I wonder if it was his anti-government tirades that called Utahn’s away from the type of kindness Pierucci despises.  This is the Reagan “moment” I best remember:  “The nine most terrifying words in the English language, said Ronald Reagan, are: “I’m from the Government, and I’m here to help.”

My ”take” on Utah’s rebranding of what constitutes legitimate “civic virtue”—runs in the direction of comments from the Medical Director of Intermountain Park City Hospital, quoted originally in the Deseret News, around the time of passage of the Pierucci-sponsored bill.

“It’s a disease and a pandemic that could have ended long ago if we could just put the needs of others ahead of our own,” by wearing masks in public as well as getting vaccinated and boosted against the virus,” Province told reporters during a virtual news conference called by the region’s largest health care provider.

Province was among medical personnel from Utah who deployed to New York City in the earliest days of the outbreak.  He the press, he described how residents of that huge and diverse city were able to put aside differences and to come together in response to the crisis.  He said if Utahns choose not to follow mitigation measures intended to slow the disease’s spread and instead “put our own priorities ahead of those around us, then we’re going to continue to have this pandemic, a pandemic not only of a virus but I think a pandemic of personal moral character.”

This blog post was also published as an article in The Salt Lake Tribune with the Title:

← Reification:  Another Word for Fantasy? Hannah Arendt and Dietrich Bonhoeffer: A Reader Comment →